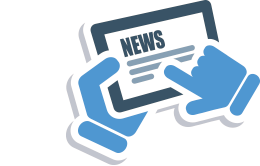 Innovative Car Safety Features To Look For In 2021 and Beyond I remember the day when I was a car salesman in college about 16 years ago. But, due to my lack of talent for talking someone into something that wasn’t a possible need, this job didn’t last long. Nonetheless, I remember being impressed with crumple zones, anti-lock brakes, traction control, and airbags. I think at that time, there may have been rumors about some $90,000 car that could assist you in parking. Wow! We have come a long way in just 16 years.

We see technology change every day around us. Thankfully, some of the new technologies have been created just to keep us safe as opposed to the purpose of being tied to our phones all day. Of course, certain new technologies can be distractions that are also a risk to our driving habits. Car manufacturers are coming up with more and more unique ways to help us be less distracted and also for when we do get distracted these new car features help keep us safe.

There have been many advancements over the years for car safety that are becoming more streamlined in all vehicles. You have features such as lane keep assist, lane departure warnings, rear cameras, and automatic braking. There are other conveniences such as adaptive cruise control, and automatic parallel parking.

We can probably thank the invention of the iPhone and texting for the need to advance faster in automobile safety. If you look at the two charts below, you can see how smartphone sales and pedestrian deaths have coincided with one another. Overall, vehicle deaths continue to decline due to improvements in technology and safety, but there is a need for the automobile industry to start prioritizing technology that not only protects passengers in the cars but also pedestrians or bicyclists on the side of the road. Finally, we are starting to see more attention to pedestrian and animal detection systems. According to Prescouter, around 1.5 million car accidents in the U.S. every year are caused by deer alone. There is a new technology that uses infrared cameras to detect animals and pedestrians and can even automatically brake if it is necessary. It scans the area and detects body heat and movement to locate and project animal or human movement. This is already being incorporated into Ford, Audi, Volvo, and Mercedes-Benz.

There are other features in Mercedez that uses a night vision camera at dark to detect pedestrians and then focus the headlights on the pedestrians. It is called “Night view assist plus”

We’ve all heard too many stories of a child being left in the back of a car on a hot day. In 2019, 52 children died of heatstroke from being left in a vehicle. These deaths are avoidable if we have systems that alert us to possible neglection. Certain car manufacturers like GM and Nissan give you warnings if they determine you left something in the backseat. Hyundai and Kia add an ultrasonic motion sensor that detects movement in the car when it is locked. It can honk the horn and even send a text message.

Growing up around dark, windy roads in Pennsylvania, I’ve seen numerous guardrails broken through at very sharp turns. Usually, it happens because the roads are very dark and a person that is unfamiliar with the area does not see the turn soon enough and is going too fast to slow down. Fortunately, there are companies paving the way with new features to solve this problem. Kia uses a cruise control that can keep your car in pace with the traffic ahead but can also use a GPS to detect sharp curves ahead and actually slow your vehicle down.

I’m sure we’ve all been running late for work or to pick up kids and the person in front of you at the stoplight did not go when the light turned green. I know. You or I have never done that. We’ve never pulled out our phone, put makeup on, or got distracted at a red-light and did not see the light change. We are too good for that. It’s the other people that do that. Well, there’s good news for you and the other people. Kia can detect if the car in front has moved forward and signal you to get your butt in gear. I think this would be even better if these cars can detect when the light has turned green for you, but maybe that’s down the road at some point. I’m sure with the attention that autonomous automobiles are getting, that it will be close.

Another feature that is coming through is the detection of vehicles that are behind you and moving when pulling out of a parallel parking spot. Sure, the backup camera and backup motion sensors are great if nothing is moving, but this takes it to a new level.

I admit, this sounded interesting to me. I’ll also admit that my mind flashes to the movie with Sylvester Stallone and Wesley Snipes called, “Demolition Man”. There’s a scene where Sandra Bullock gets into an accident and at impact the entire car fills up with some sort of cushioned foam. I guess the more and more we turn accidents into pillow fights the safer we will make cars. You can even see a demonstration of external airbags here. Apparently, this idea has been around for some time, but the technology has not been there. This concept would be intriguing to me as well if it could also be used for cars that go into a river or help a car stay afloat if caught in a flash flood. Keep an eye on this when it comes out. Because 1/3 of all fatalities occur from side impacts, it could have a positive influence on safety.

I could never understand why this hasn’t been around already. Why is it that when I am turning to the right, my car’s headlights don’t turn to the right for me? I remember when my parents bought a van when I was a kid and I thought it was great when they put on the turn signal and a mini headlight on the side of the car lit up in the direction they were turning. I remember thinking why do we have cars that point the headlights straight when my car is turning left or right? Well, welcome adaptive headlights. I could imagine that this feature would be great on dark, windy roads when you are turning so much that your headlights hardly ever seem like they are aiming in the direction you are traveling.

When I was in college, I was working 12-14 hour days 6 days a week to pay for college. I remember waking up at 5:45 am to get to work at 7 am an hour away. This was after working as a waiter until 10-11 pm at night. Early in the morning, when the sun is barely up, with no one on the road on a long and boring ride turned out to be a pretty bad time for me. I probably fell asleep on the road a dozen times during that period. I can’t believe that I never endangered myself or anyone else, but as I said, it was just me on the road in a pretty rural area. I could have used Mercedes’ attention assist that uses sensors in the car that can determine the driving style of the driver. It knows if the driver divers from the normal driving style and alerts the driver. In some cases, the system will ask the driver to pull over and take a rest.

There aren’t many new features out there to prevent vehicle theft, but I think one of the best anti-theft devices for vehicles has been out for a long time and it’s called by some as a “stick shift”. OK, all kidding aside. There is growing chatter out there about having biometric technology integrated into the system to prevent vehicle theft. Another common topic out there that the auto industry is taking from the online industry is multi-factor authentication which requires you to have two forms of security measures to start your car. Of course, these very early and pioneer methods of anti-theft prevention will first be seen in the expensive brand lines first.

The backup camera was a really great feature especially for those driving large trucks or SUV’s. Every now and then you’ll hear of a driver that had struck a child that was behind them while pulling out. The car manufacturers are taking this further and pushing out the cameras that show a 360-degree view around the entire vehicle. The surround-view camera has been around for a few years now but is becoming more prevalent. This is great for when you are not pulling back in a straight line and are making a hard turn to the right or left, so you can see if there is anything out of your view on the right or left sides.

Its benefit is in its name – it keeps your head up while driving by projecting important information to the driver in front of their field of view typically on the windshield. This prevents the driver from having to move their eyes or their head down away from the road in order to see navigation instructions.

There is a study out there from IAM Road. Smart that says Android Auto usage and Carplay are more dangerous than being intoxicated. Maybe this due to the lack of analog controls which can normally be operated from muscle memory and touch familiarity. That is just my personal observation and frustration with the touchscreen technology. So, this technology will be interesting to monitor as time passes. Google and Apple’s goals to achieve optimal user experience are honorable, but so far, what is a great user experience on a touch screen when it’s causing drivers to take their eyes off the road? They have been investing in voice commands and connecting those with the car’s computer, but how do you get users familiar with the commands and force them to use voice commands? If I had my choice, I would personally opt out of the touch screen interfaces. As retro as it sounds, I appreciate controls that I can be familiar with and can identify without looking down.

My take on all of these incremental changes and upgrades we see in technology are just small steps to seeing fully autonomous vehicles own the road. Yes, many of these features are implemented for safety reasons but as you can see, the features are using some sort of intelligence and awareness techniques in helping cars detect danger before it arrives.

According to Business Insider, the advanced safety features in cars have reduced car insurance rates up to 10%. There are other studies out there that say safety features have had zero effect on rates. This could be that there is no long-term research and evidence of their impact on safety. The features that come out greatly improve our safety, but the consequence is that repairs are becoming more costly. I think we all would agree to pay more for our repairs to protect the future of our family. 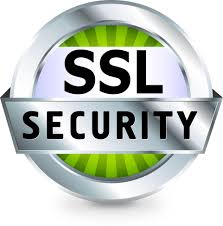